Navigation
You are here: Home / Side Dishes / Coconut and Cucumber Salad

This is my family’s absolute favourite salad, I think largely because it’s packed with flavour and doesn’t contain any salad leaves! The main ingredients in this salad are coconut flesh and cucumber, delivering a really fresh taste. The chilli gives the salad a little kick and the juices from the lemon and lime really create a zesty, mouthwatering flavour that’s exactly what you want from this kind of salad. 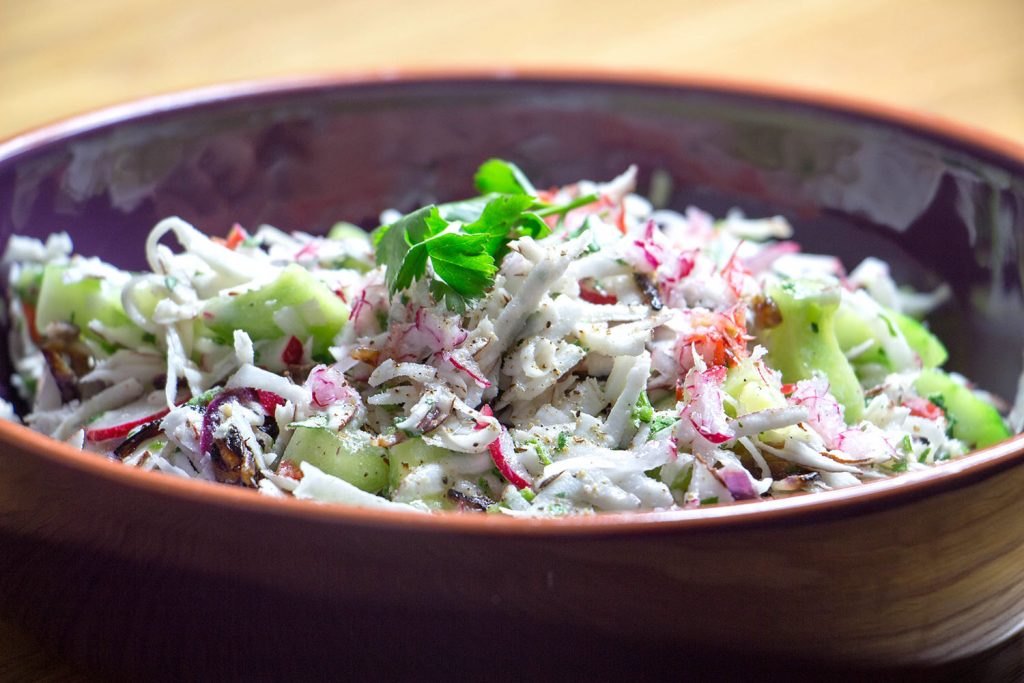 I like to serve this as a side dish when I’m cooking East-Asian food, especially whole fish or curry, as it compliments the smokey and spicy flavours perfectly. But in my opinion it’s the textures of this salad that really make it. The slight crunch from the grated coconut and the crisp and juice texture of the coconut.

And if you needed any other reason to try out this salad, it’s super healthy and takes next to no time to make! 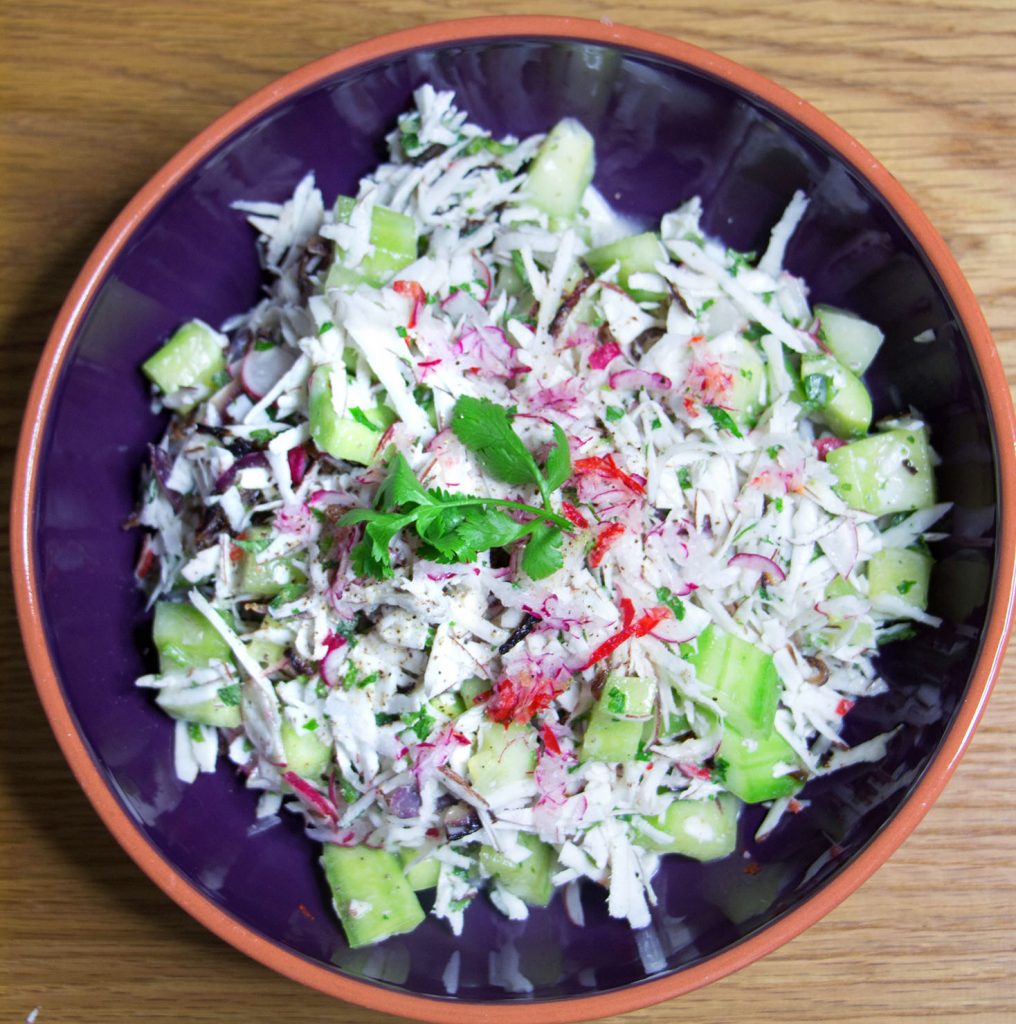 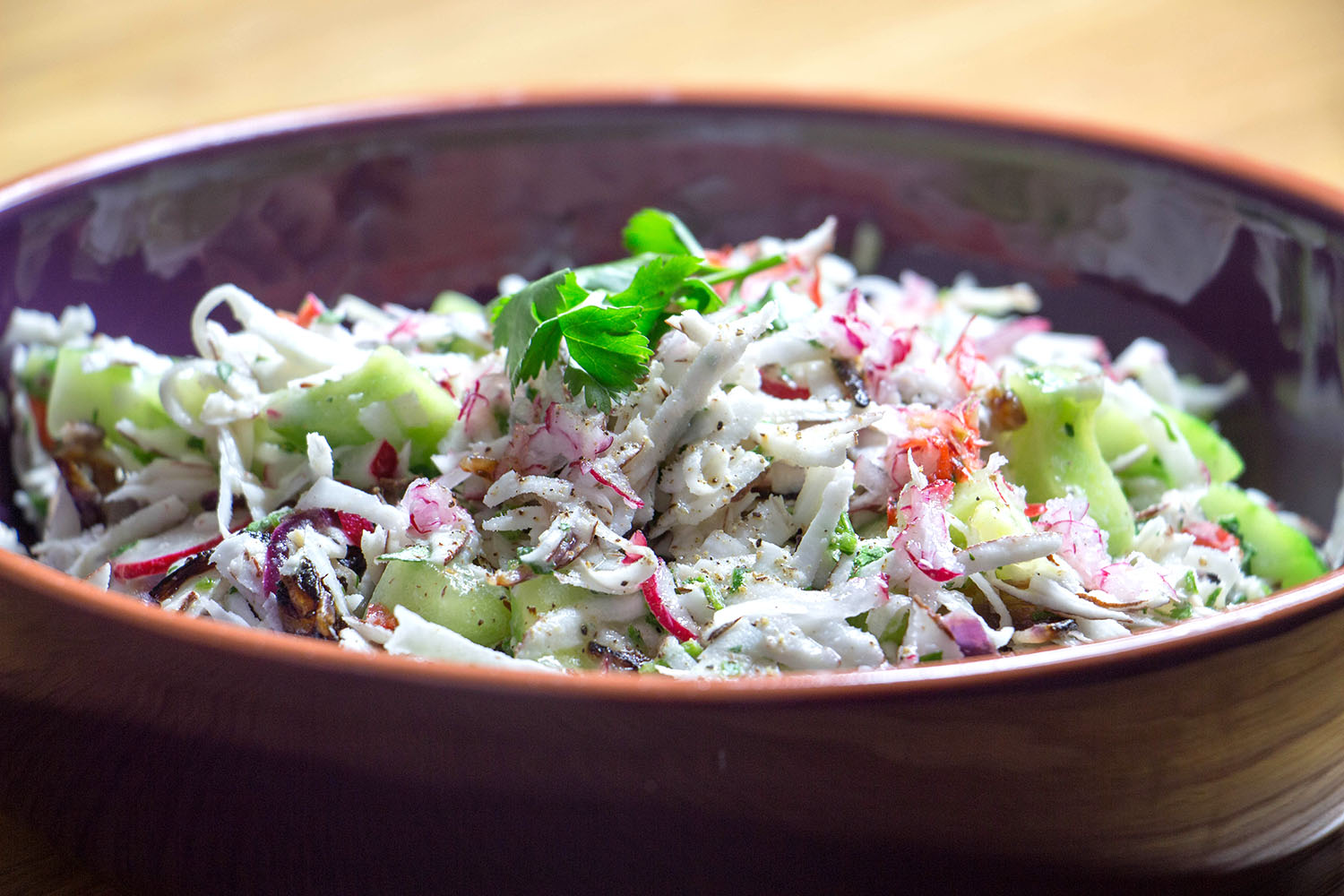 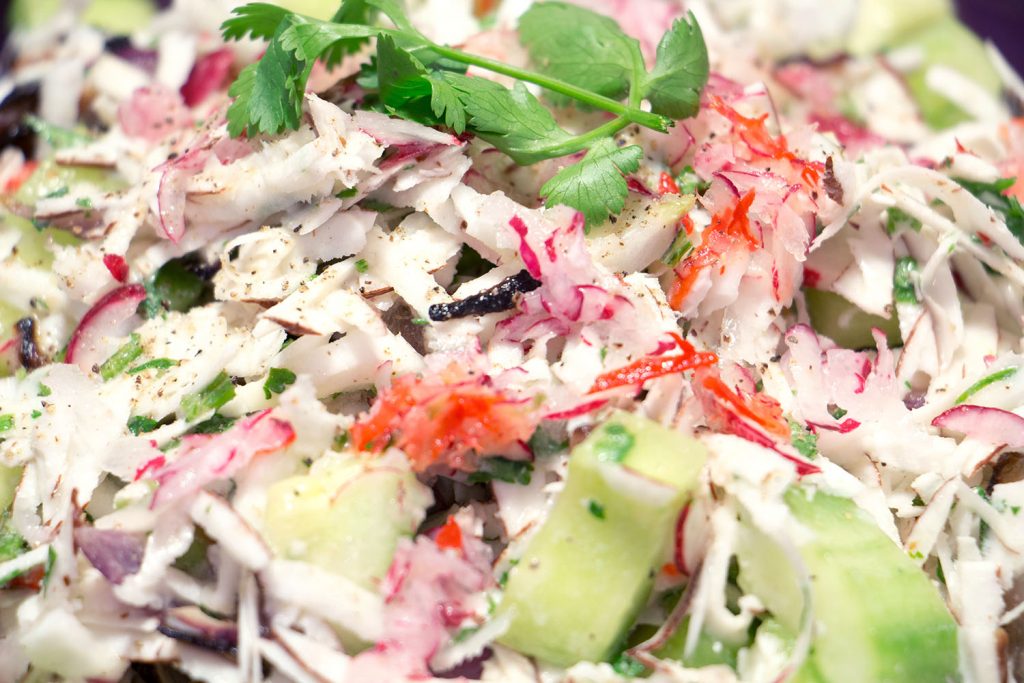 4 ratesX
4/54
Get Weekly Recipes Straight to Your Inbox

Hi and welcome to Pescetarian Kitchen. My name is Laura and this is where I share the very best recipes that I’ve made, photographed and (my favourite part) eaten! Read more.
END_OF_DOCUMENT_TOKEN_TO_BE_REPLACED