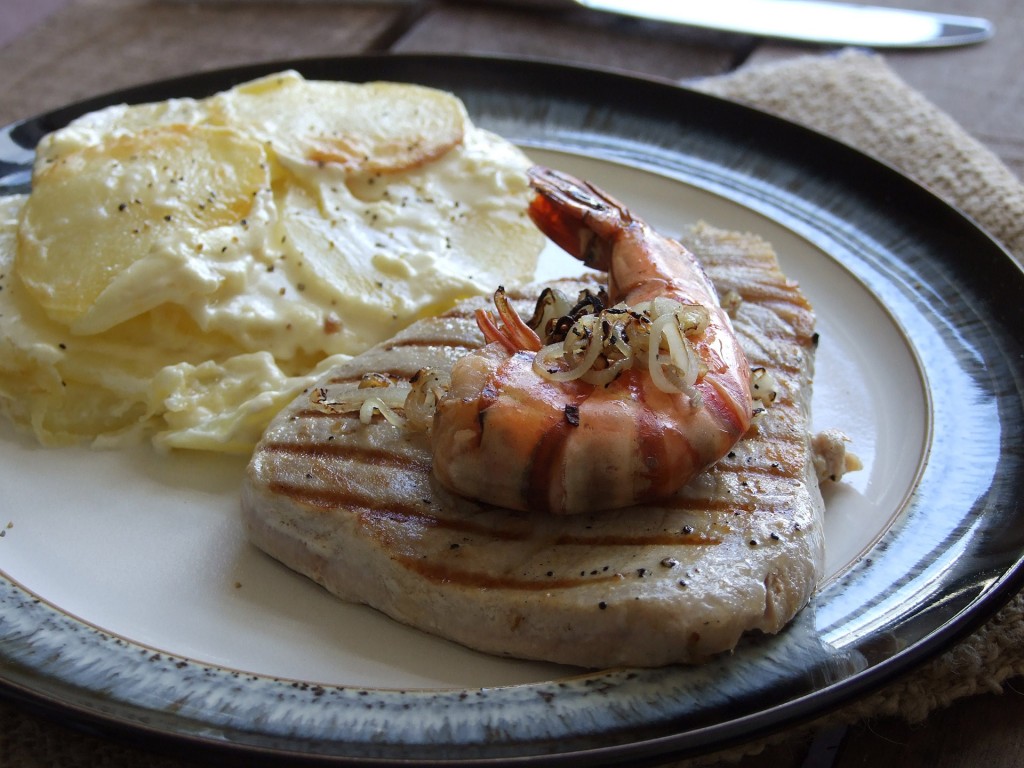 Both Laura and I love tuna steak. It’s really simple to cook and has so much flavour that you don’t need to do much to it for it to taste great.

To add a little crunch to the dish, one large tiger prawn with it’s shell on will do the trick. If you’re planning a barbecue then I’d highly recommend the tuna and prawn combo!

If you’re not a huge fan of dauphinoise potatoes or you just want a slightly healthier version then you can swap this for a side salad or some fresh cous cous.

Just one thing, don’t be tempted to swap the double cream for single cream when making dauphinoise potatoes because it’ll just split and go terribly wrong. 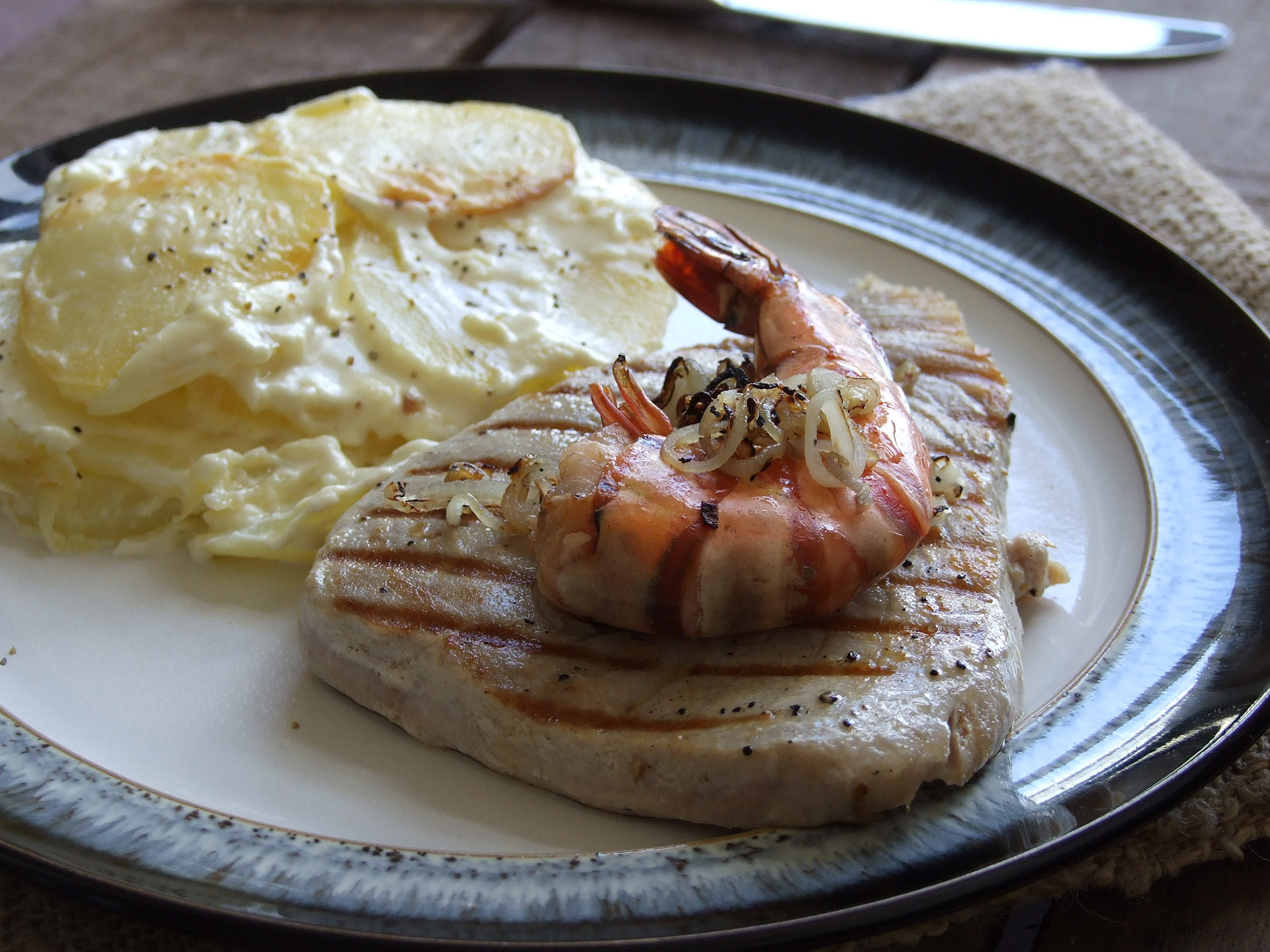 6 ratesX
4.7/56
Get Weekly Recipes Straight to Your Inbox

Hi and welcome to Pescetarian Kitchen. My name is Laura and this is where I share the very best recipes that I’ve made, photographed and (my favourite part) eaten! Read more.
END_OF_DOCUMENT_TOKEN_TO_BE_REPLACED